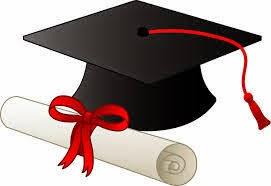 The lecture entitled “Positioning Nigeria as the Technology Hub of Africa” was delivered by  Dr. Ogbonnaya Onu, The Hon. Minister of Science and Technology while Engr. Vincent I Maduka, OFR, Former President, Nigerian Academy of Engineering, and the  Former Director-General, Nigeria Television Authority (NTA).

The Alumni of the University, as part of celebrations for the 2014/2015 Convocation Ceremonies, has organised an Alumni Reception for the purpose of receiving new and old Alumni Members. This has been scheduled to hold on Wednesday, March 2, 2016, by 6.00p.m at the University Staff School Hall, University of Lagos.

Tuesday, March 1, and Wednesday March 2,  has been set aside for the congregation for award of first degree, Diplomas, Certificates and the announcement of the price winners. While the installation of the Chancellor and the congregation for conferment of Higher degrees of the school of Postgraduate studies as well as the best researcher award has been scheduled to hold on Thursday, March 3, 2016, the official site of the university stated.