Boniface Alese, the Dean Students’ Affairs and some SUG executives of the Federal University of Technology, Akure were reportedly picked up on Wednesday over their clamour for the reopening of the university, by the men of the Nigerian Police Force.

An undergraduate who witnessed the incident told TheCable Lifestyle that Alese and some of the SUG executives attempted to open the locked students’ affairs office.

“The student affairs office was locked after the new site was created to cripple the resumption process. 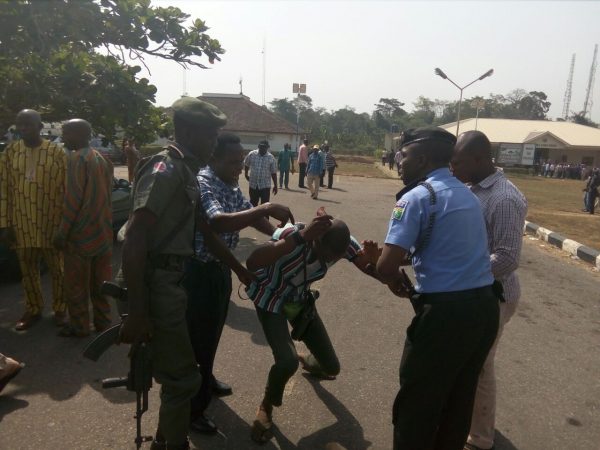 “On hearing this, the Dean of students affairs ordered the FUTA SUG and other union leaders to go and break open the office so as to allow the continuation of students resumption process, but the JAC union alerted the police telling them the FUTA SUG came to burgle the office.

“When the Dean of students affairs heard this, he went to the scene and acted out of anger, asking the FUTA SUG and others being punished the get up ignoring the presence of the police.

“This led to the police slapping and arresting him, as at the time of this report matters are being resolved but one thing stands Joint Action Congress (JAC) are now constituting rubbish in the school.

“They know that this situation will flow in their favour, but only the Lord will intervene in our situation.” 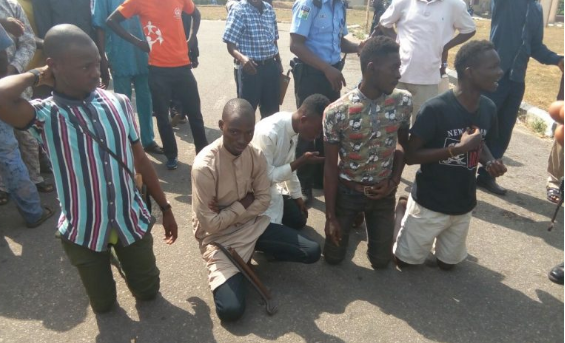 Meanwhile, a statement released by National Association of Nigerian Students (NANS), noted that the student union leader of FUTA had been released.

NANS said the body and FUTA student leaders had resolved to protest the continued closure of the institution.

“The Senate President of NANS, Comrade Salam Oyejide has been informed about an unlawful arrest of Comrade Solar, the Students’ Union President of Federal University of Technology, Akure (FUTA).

“In the process of reaching the Commissioner of Police – another piece of information reached the NANS Senate that he has been released.

“The constitution of NANS legally authorised all Students’ Union Presidents to act in the capacity of Senators in the NANS Senate. This is an obvious indication that a Senator of our legislative chamber was arrested. The students of FUTA have been thrown out of their prestigious institution for quite some months now.

“They had demanded from concerned authorities the reasons why their academic arena is no more a better place for them to stay in. The Students’ Union President of FUTA stood firmly on the right path – he respected the mandate bestowed on him by FUTA students.

“After several consultation and consolidation has been modestly done – they resolve to protest – as protest is the only language our
governments and other leading authorities understand nowadays.

FUTA has been on strike since Thursday, October 6th, due to the institution’s protest against Adebiyi Daramola, the current vice chancellor.