Razak Jaiyeola, president of the Institute of Chartered Accountants of Nigeria (ICAN), says the achievements of Akinwunmi Ambode, governor of Lagos state, are visible.

Jaiyeola said this when he and  Rufai Mohammed, president of the Institute of Directors (IoD), led  members of their governing councils on a courtesy visit to the governor on Tuesday.

He said since Ambode assumed office in 2015, he has embarked on developmental projects.

Jaiyeola congratulated the governor for picking the nomination form to re-contest the governorship election in 2019, saying the institute was proud of his outstanding performance in office, and would support him.

“We appreciate the good works of the governor; you are doing excellently well. You are not only a touch bearer of our institute, but also a beaming light of our profession,” he said.

“We appreciate your good works and I note that they have been very very outstanding and so on behalf of the governing council, I want to appreciate the governor. 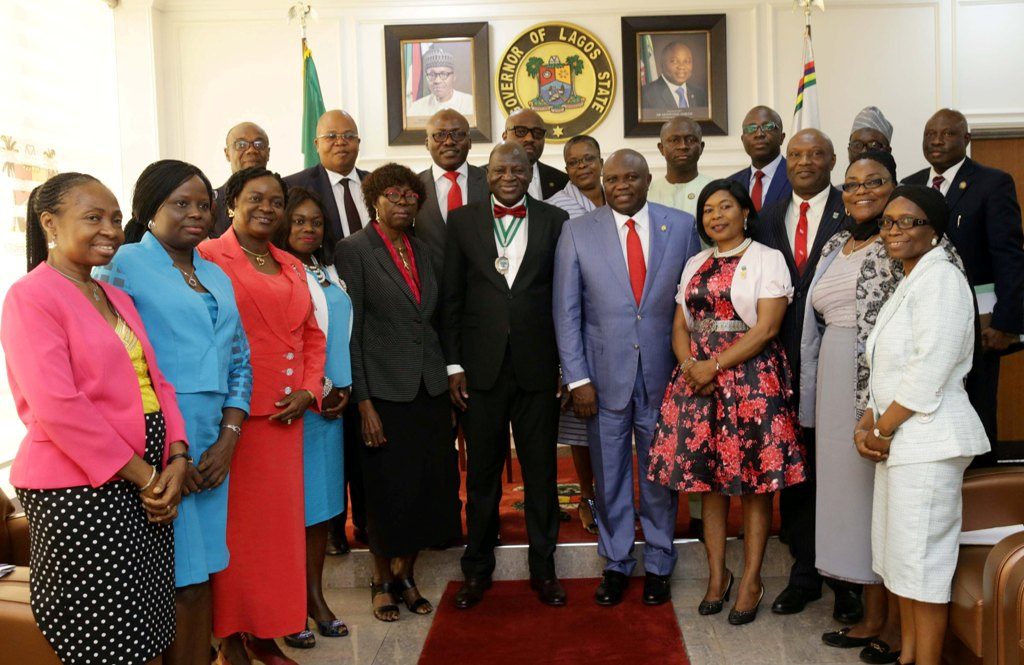 Ambode and members of the institutes

“I want also to congratulate you on picking the nomination form to contest for the governor of Lagos state. I want to assure you that as we have always done because you are a performer and it is glaring to even a blind person of feeling the impact of your administration. we would support you as we have always done.”

Mohammed said the governor had changed the state in the areas of good governance and development of infrastructure.

“Your Excellency, the Institute of Directors of Nigeria commends your administration for the great achievements you have made so far in the State in many facets and most especially in the areas of good governance and the development of human capital and infrastructure,” he said.

“Under your able leadership, Lagos State has been able to distinguish itself in this country in the areas of security of lives and property of the citizens, improved ease of doing business, attraction of direct investment, self-sustenance and good ethical conduct in the implementation of government works and services.”